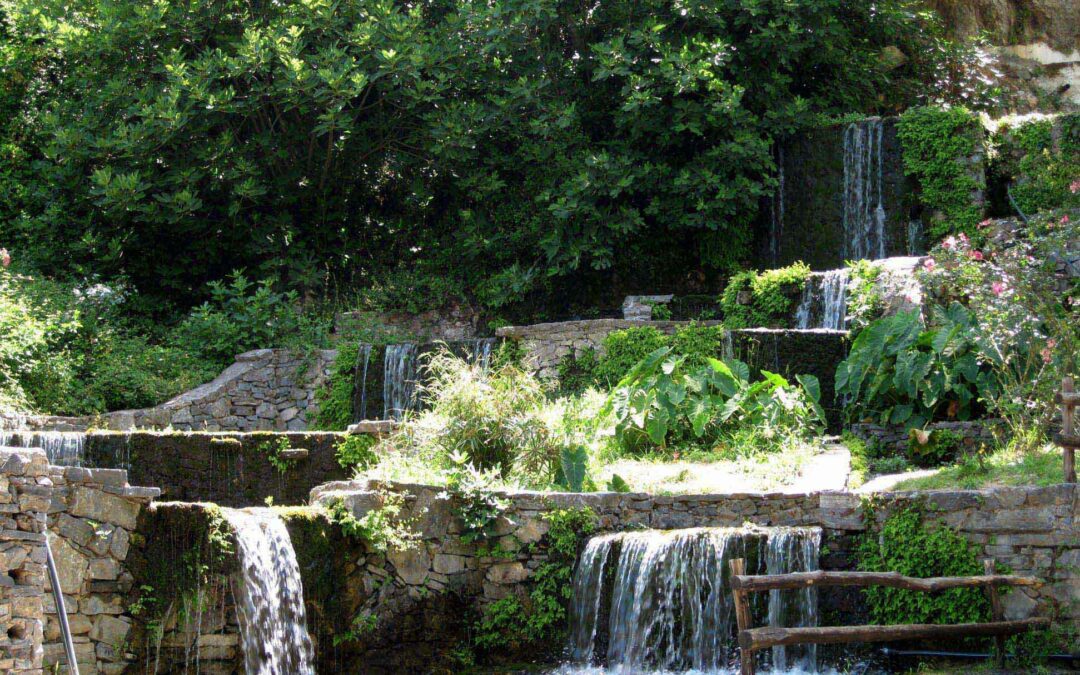 The heart of Crete is the villages. Hundreds of them, all over the inland, keep the tradition, the morals and the mores of the island alive.

One of them is Margarites, in Rethymno Perefecture. The village is famous for its pottery, which constitutes a local tradition since the Minoan days. The main reason behind the development of this art is the grounds’ high concision of argil (clay). Today, the settlement constitutes one of the most important centers of pottery and ceramic art in Crete. It has 17 workshops that operate as exhibitions, giving visitors the chance to watch experienced and skillful artificers making all sorts of ceramic items and imitations of ancient Minoan potteries. Also, Margarites features the Late Minoan Vaulted Grave dated back to 1350 B.C. The bones of four adults and two children were discovered in this grave. According to researchers, they belonged to individuals high in the social hierarchy.

Very close to Rethymno City there is a village called Roussospiti. It is considered the “balcony of Rethymno”, due to its amazing views. The village was built in the 12th century by the Venetians and it is still full of Venetian constructions (arches, gates, fountains). The main feature of the village is the Venetian fountain dated from the 17th century, with a faucet in the form of a lion head. In addition, impressive wallpaintings such as the Crusifixion can be found in the Temple of Virgin Mary. About 500 m south of the village there is a cave called Ligeri. In the cave, there are stalagmites and stalactites with a diameter of 250 m! This cave was used as a “crypt” where habitants took shelter when they were in danger.

is another village with many Venetian elements. It has been designated a “Preservable and Traditional Settlement of Medium Cultural Value”. In the past the whole settlement played the role of a fortress, especially during the Turkish Domination. The most popular building-monument is Villa Clodio, located east of the village, which was used as a holiday home by the Venetian family Clodio. During the Turkish Domination, the palace used to be the house of Turkish Aga, hence known as “konaki” (house in Turkish language). Today it has been restored and hosts the Army Museum. It is worth visiting the folklore collection in the center of village, at Prinaris’ Mill, as well as the numerous churches around the settlement.

is another village of Rethymno Prefecture, with a unique natural heritage. It is located on the foothill of Soros height at an altitude of 490 m, in a verdurous and well-watered environment that will steal your breath. The main feature of the area is the Gorge of Agios Antonios and the homonymous cave, “Kranaio Antro”. The gorge does not only attract nature lovers but also worshipers, who come to visit the Church of Agios Antonios. There are also amenities for pic-nic under the shadow of gorge’s rock roof and hyper age-old plane trees. The taverns in Patsos village and in the gorge area are ideal for those who want to have a taste of the authentic Cretan cuisine.

The village of Argiroupoli completes the shortlist. It is located 25 km southwest of Rethymno, at an altitude of 260 m, between Mousselas and Petres rivers. Its privileged location next to these rivers has given the village its most attractive feature, the 10 Founts of Mousselas River or Agia Dinami (Holy Power), which in turn creates an exotic environment with waterfalls, wild flora, age-old plane trees, ponds and many streams which once moved watermills (today only one has survived). The highlight is an impressive plane tree aged 2000 years. In the village you will find many taverns and coffee shops. Argiroupoli is built on the ruins of the ancient city of Lappa which has special archaeological interest. The cemetery of Ancient Lappa is preserved in a very good condition.

Perhaps the most famous Cretan village is Sfakia. Sfakia is considered a synonym for Cretan bravery, since it was never conquered in the years of foreign domination. The locals will tell you many stories of heroic battles and legendary warriors. The spirit of the Cretan Cuisine also lives here. Try the famous Sfakiani Pita, a cheese pie made with local dairy products. The landscape of Sfakia, which starts from the wild mountainous landscape and reaches the Libyan Sea in the south, is wildly wonderful

Speaking about natural beauty, there is no question about visiting the famous Samaria Gorge, the second longest gorge in Europe after Verdon Gorge in France (16 km). In 1962, it was officially declared a National Park of Greece. It is home to many endemic species, such as the famous Cretan “kri-kri”. The gorge is named after the old village of Samaria, which means Holy Mary. During the Turkish Domination, it used to be a hideaway for rebels and locals. In 2010, it became part of UNESCO’s World Network of Biosphere Reserves. Thousands of guests from all around the world pass through gorge every year. The gorge leads to a beautiful tiny little beach with cool waters, Agia Roumeli. From there, a boat will take you back to Chora Sfakion.

Gavdos and Gavdopoula islands and Pajimadia (or Dionissoi) and Prassonisi islets disrupt the infinity of the southern sea and offer “shelter” to those who want to forget and be forgotten for a while. It is also a beautiful destination for a boat daytrip.